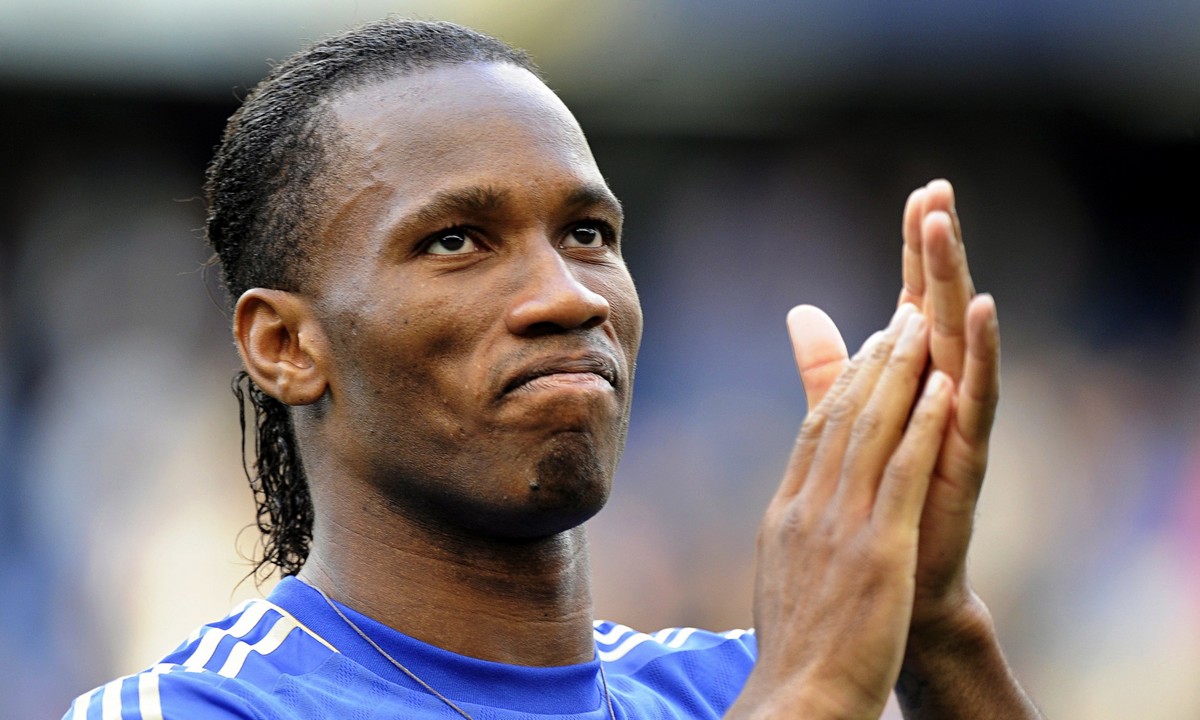 The history of African football is steeped with great players from up and down the continent. Today, we are going to take a look at five of the most influential players that proved that they deserve to go down as some of the best at their trade.

1. George Weah- Weah is at the top of our list simply because he is the only African superstar to have ever been named winner of the Ballon d’Or for world’s best player. That speaks volumes as it’s now an award reserved for Ronaldo and Messi! Weah accomplished little in international football due to being from Liberia, but he more than made up for it with his performances at AC Milan, Chelsea, and PSG as he racked up honors in the mid 1990s. And for obvious reasons, he’s made the list as being very influential in the game.

2. Didier Drogba- there is little doubt that the Chelsea and Ivory Coast legend should be included in any list of the best African footballers. The phenom is still playing football right, albeit in the second division in the United States, but there is little doubt that he could still play in Europe. Drogba’s biggest moment is probably his penalty winner for the Blues in their first Champions League victory over Bayern Munich, but his goal scoring and strength is true the stuff of legends and must go down in the history books.

3. Abedi Pele- Abedi Ayew, as he was born, earned the name ‘Pele’ because he was considered the Pele of Africa. His play, along with players like Roger Milla, allowed a path to be blazed in Europe for African players when he played so well in Marseille. The Ghana attacking midfielder won two French titles, won a Champions League trophy, and was also an African Cup of Nations winner. On top of that, he won African Footballer of the Year three years running from 1991-1993, and makes the list due to being labeled ‘Pele!’ Also, he sired two great footballing sons in Jordan and Andre!

4. Samuel Eto’o- This Cameroonian striker continues to play football at the age of 36, and he’s still putting in good results doing it. The former Barcelona striker is only one of two men to score in two separate Champions League finals, and he also won the the competition two years in a row with two different sides. In his spell at Barcelona, he was superb, scoring nearly a goal every match in the days before and during Messi’s rise to prominence. He won two African Cup of Nations titles and an Olympic Gold Medal internationally as well, and he was named African Footballer of the Year four times!

5. Roger Milla- this inclusion will be a little controversial here, as it means that Yaya Toure-among others- misses out. But that will just be the way it is. Toure is a great player, no doubt, but what Milla did was extraordinary. The Cameroonian international scored over 400 goals in his club career that stretched over 25 years. He scored 37 goals for Cameroon in 63 appearances down the years, including four goals- and his memorable dance- in the 1990 World Cup at the age of 38! Four years later, he set a record that has since been broken as the oldest player to feature at a World Cup. Because of his longevity, he’s made the list!