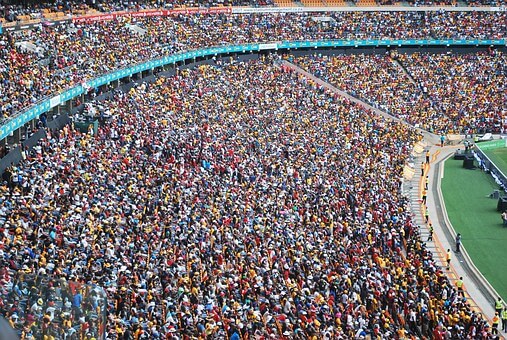 Every two years, the world is gripped by the Africa Cup of Nations in the early months of the year. But how has the tournament grown to be as big as it is today? Let’s take a look at its humble roots.

The first edition of the tournament took place in 1957. It was contested by just three teams, all three of the founding members of CAF- Egypt, Sudan, and Ethiopia. South Africa were left out due to political pressure. Egypt would win that maiden voyage en route to their dominant record today.

From there, the tournament grew for the 1962 version where nine teams showed up. For the first time, Egypt were vanquished.

One of the biggest changes came in 1968 when qualifying for the tournament began. This changed the fate of the competition entirely, allowing teams to earn their way in and creating a more diverse field. This has led to many teams improving and creating better matches as a result, and people started using William Hill promo code to bet.

Interest became even more widespread in 1970 when the tournament was broadcast for television for the first time, prompting more and more people to take an interest in the burgeoning tournament. In the 1980s, Cameroon became the dominant force to be reckoned with in the biennial tourney.

By 1992, the tournament had expanded to 12 teams. This would take place through three groups of four. Abedi Pele would help Ghana to the title that season, and he would become one of the first true African superstars in the European game.

In 1996, the tournament became what we know of today with 16 teams. South Africa’s apartheid had ended, and they were allowed to compete, setting the stage for them hosting the World Cup in 2010. They’d go on to win the tournament in front of their own fans in that very final!

The 16 team format has become such a success that it has blazed a path to the present. Beginning in the next edition- the 2019 one- the tournament will contain 24 teams. This is in line with what UEFA have done with their European Championship, and it is being done in hopes of increasing play even further.

To date, 14 teams have managed to win the glorious tournament. Egypt lead the way with seven triumphs, while Cameroon have five and Ghana have four victories. Both Ivory Coast and DR Congo have two wins, while a host of teams have one win each.

Some impressive feats have included Egypt winning a treble of titles in the 2000s. They won the 2004, 2006, and 2008 editions and held themselves firmly above everyone else while still managing to come short in World Cups. However, Ghana were the first team to get to permanently keep a trophy after winning their third tournament in 1978, and thus setting an unbreakable record in that regard.

What lies in store right now is unknown, but we do know that African football serves to get better from this push to increase the numbers of players and the amount of games played.